The health and economic crises precipitated by COVID-19, and the disproportionate impact of these crises on low-income communities and people of color, provide a timely reminder of the importance of strong, stable Community Development Financial Institutions (CDFIs), which are needed to address pressing challenges in communities across the US. As we discuss here, an effective way for funders and investors to support these critical organizations is to provide them with flexible funding and to encourage and facilitate collaboration.

Since 2013, JPMorgan Chase & Co. has awarded about $132 million in flexible grant capital through Partnerships for Raising Opportunity in Neighborhoods (PRO Neighborhoods), a competition that provides three-year awards of up to $5 million to CDFIs that form collaboratives to address key drivers of inequality in their communities.

As part of an ongoing evaluation of PRO Neighborhoods, JPMorgan Chase’s learning partner, Abt Associates, studied the impact of the grant awards on the organizational and programmatic capacity of six CDFIs in three collaboratives whose grant terms have ended:

While the impact of the award on any individual CDFI is unique, the study found three benefits that were widely shared across the collaboratives, each of which speaks to the benefits of flexible grant funding and collaboration. We hope these findings will encourage other funders to consider increasing their use of flexible capital and encouraging strategic collaboration to deepen the impact of these important community leaders.

Access to new capital sources. The unrestricted grant funds boosted the CDFIs’ balance sheets well above the amount of the grants they received. Over the three-year term of the grant, the six CDFIs saw an average increase in total assets of 56 percent– roughly $14.3 million – and an average increase in net assets of 38 percent – nearly $6 million. These increases far exceeded the average amount of grant funding provided to each CDFI by JPMorgan Chase.

With stronger balance sheets, the CDFIs were able to leverage additional public and/or private capital and successfully meet the requirements for accessing other funding sources, such as matching funds requirements and underwriting requirements for government, foundation and bank loans and grants. The grants also served to reduce the risk for other funders. In addition, the collaborative structure established under the grant facilitated joint fundraising, further assisting the CDFIs to attract additional capital.

By blending the PRO Neighborhood grant dollars with Program Related Investments, other grants, and market-rate debt, the CDFIs were also able to reduce their cost of funds, which in turn allowed them to take on greater risk or provide lower cost loans and better target low-income communities. Four of the six CDFIs reported an increase in return on assets, an average increase of 3.28 percentage points.

Increased organizational and programmatic capacity. The combination of flexible funding and strategic partnerships produced a range of benefits that varied by CDFI and served to increase the capacity of these organizations to achieve their missions. Some grantees reported increasing their services, either through geographic expansions or serving more clients in an existing market. For example, the Community Loan Center collaborative expanded into Indiana as well as growing their Texas-based programs. Overall, the number of loans outstanding increased an average of 78 percent, or roughly $9.5 million for each CDFI.

Numerous grantees invested in technologies to improve service delivery – for example, in Kentucky, one grantee developed an online client management system that has since been sold to more than forty other CDFIs, improving operations for the purchasing organizations and generating new revenue for the grantee.

And most grantees either hired additional staff or supported existing staff to gain new skills, such as the management of pass-through grants and strategies for building effective collaborations, with grantees reporting an average increase in staff of 25 percent during the grant period.

Better positioned to innovate. The grants enabled CDFIs to enhance existing products or develop new ones, including pursuing strategies they had previously been unable to take on due to cost or perceived risk, such as the development of a new real estate acquisition fund in low-income Chicago neighborhoods. Meanwhile, the partnerships allowed for the scaling of innovative programs across neighborhoods within a single city, across multiple cities, or even across state lines, including a Texas-based loan program that is now franchised in five additional states.

We are facing a moment in our country when demand for the vital services offered by CDFIs and other community organizations is skyrocketing at the same moment many organizations are experiencing a loss of funding, forcing nonprofits to do even more with even less. Against that backdrop, the capital funders make available is more critical than ever and the way funders structure support can have a significant impact on an organization’s ability to effectively respond to their community’s needs. JPMorgan Chase’s experience with PRO Neighborhoods grants confirms the value of providing unrestricted grants and encouraging nonprofit organizations to work collaboratively to maximize impact. 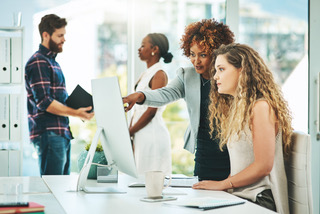 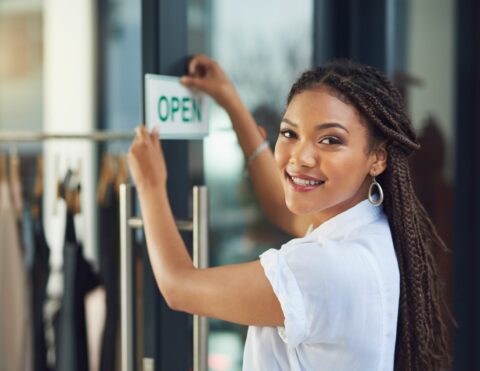 Where AFN Members are Shopping

Reflections on 2021, as AFN looks ahead