California has the highest poverty rate in the nation. In fact, the UC Berkeley Labor Center predicts that half of Californians currently working will likely retire with just $24,000 a year in a state with ever increasing living costs – from health care to housing.

The State of California has an imperative to create opportunities for low-income individuals to build and preserve their assets. Yet one of the most significant long-term savings tools needed for retirement, a formalized retirement plan, remains out of reach for many workers.

What’s more, poverty among seniors disproportionately affects communities of color and women. Latino seniors, the fastest growing segment of the senior population, are almost three times as likely to be poor with incomes below 200 percent federal poverty level as white seniors. Women are 80 percent more likely than men to live in poverty in retirement.

The CalSavers Program is a cross-generational approach to addressing poverty in California and giving almost 7 million private sector workers a fighting chance against poverty.

In March 2019, we met for a discussion about how California is creating better opportunities for retirement savings across generations; which partnerships are critical for the success of CalSavers; and how funders and grantees are collaborating to advance this vital anti-poverty strategy.

The Case for Bold, Equitable Student Loan Cancellation and Reform 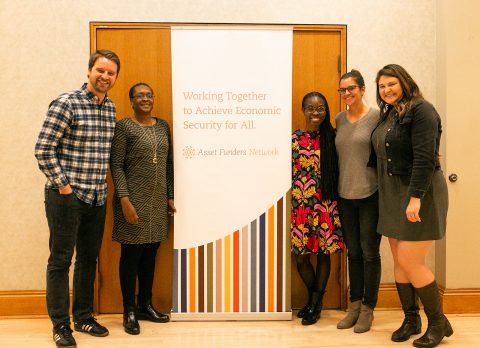