“Frustrated.” “Mad.” “Disoriented.” These were the words that described how some Arkansans felt when forced to use alternative financial services to complete common financial tasks.

On September 10 and 11, Little Rock was the venue for FinX, a unique financial simulation designed to give participants a look into the financial lives of people who are underbanked—those in our communities who are operating outside the traditional financial system—and build awareness for what they’re dealing with.

Hosted by Southern Bancorp in conjunction with the Financial Health Network, FinX participants represented all parts of the Little Rock community – from elected officials to financial institution representatives, nonprofit leaders, and community members.

During the simulation, participants were given a list of financial transactions and tasks to complete like cashing a paycheck, moving money to another person, and buying household items.

But there was a catch: participants had to rely on alternative financial services (AFS) like reloadable cash cards, check cashers, or wire transfers. Tasks that might have taken a person with a banking relationship five minutes to do often took the full two-hour event.

Time was an issue, but fees were too. Many participants were stunned with the fees associated with AFS. You can see some of their reactions in a video by visiting https://banksouthern.com/finx/. Supermarkets with money centers can charge a fee starting at $3.00 or more to cash a payroll check. Money orders can cost $5.00 each just for the service. That’s money people could be saving.

By building an understanding of the struggles of being unbanked and underbanked, the event helps to illuminate the importance of coalitions like Arkansas AFN and our support of Bank On Arkansas+. To create economic opportunity, it takes community partnerships and a collective effort to remove barriers to the financial mainstream.

In this vein, after participating in FinX, Little Rock Mayor Frank Scott announced that the City of Little Rock was set to become the first municipal member of the Bank On Arkansas+ coalition.

Similarly, one way that AFN members can actively participate in helping break down barriers to access is by supporting their local Bank On coalition or promoting Bank On certified products. For example, Arkansas AFN helped launch and continues to incubate Bank On Arkansas+ (https://www.bankonar.org/). A national map of Bank On Coalitions and the account certification standards can be found at https://joinbankon.org/coalitionmap/.

I encourage you to take proactive steps to build understanding and inspire action. Talk with your financial institutions about joining or forming a local Bank On coalition. Write a blog post or editorial to your local newspaper about your position on the issue. And at the very least, use your social media following to shine light on the unbanked and underbanked issues faced in your community. 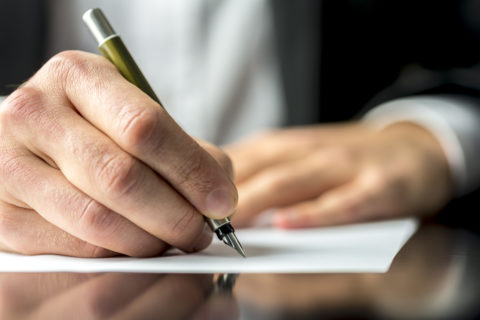 Letter to the Arkansas Governor